Home > About > Meet the People of The Gold Standard Institute 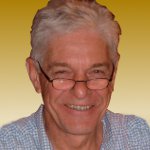 Philip Barton was born in Watford, England in 1946. In 1965 he departed on what was supposed to be a six-month trip and, in his own words, is “a little overdue back home.”

He has lived in Australia, Colombia, Malaysia, the United States and Austria and currently resides in Australia. A long-time retailer and restaurateur he has also lectured, panned for gold, worked as a spray painter, hat maker, farmer, company director and investor.

He has had an interest in gold going back to 1975.

President of the Institute – USA

Keith Weiner is a technology entrepreneur and president of the Gold Standard Institute USA.

He was the founder of DiamondWare, a Voice Over Internet Protocol software company, which he sold to Nortel in 2008. He is an Objectivist who has earned his PhD New Austrian School of Economics, with a focus on monetary science.

Keith, who currently trades and analyzes precious metals and commodities, advocates a return to a proper gold standard and laissez-faire capitalism. He lives with his wife near Phoenix, Arizona.

President of the Institute – Europe 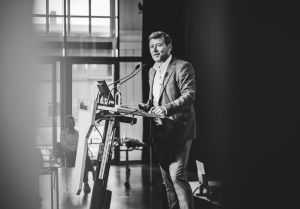 After an education/training as a stockbroker, Thomas Bachheimer successfully traded government bonds and commodity derivatives in Dublin, Munich, Vienna and Zurich.

On the occasion of the introduction of the Euro, he had an awakening experience, when his grandmother said, “this will now be my 4th currency reform and in each one I have lost everything.”

Since that day, T Bachheimer has been deeply involved with the nature of the Western monetary system, monetary currency through popular debt as well as and the School of Austrian national economics.

In numerous publications and as a keynote speaker he has dealt with the monetary system and the influence of politics in economic life.

Bachheimer was an OPEC analyst for various TV stations, such as CNBC, BBC, n-tv, etc. for over 8 years with over 100 live. appearances and in this role drew attention to the connection between money supply and commodity prices.

As European President of the Gold Standard Institute (since 2010), he is fully committed to informing “currency users” – i.e. end consumers as well as business operators – about the advantages of non-political, covered currencies and to promote the establishment of a new way of thinking in the currency sector.

To this end, he operates the sound money and Austrian Economics based news platform www.bachheimer.com with more than 10 million visitors per year.