Home > Uncategorized > The Mengerian Myth of the Most Marketable Good 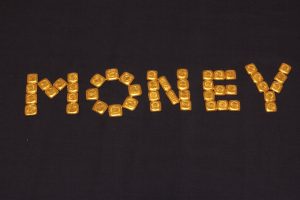 Carl Menger was a brilliant economist who set the foundations for the Austrian School of Economics.  He also perpetuated one of the great errors.

It was surmised that Gold became money because over a huge span of time people showed their preference for it in the marketplace as their medium of exchange.  They favoured it over salt, fish, cows, copper etc.

That error has had profoundly negative consequences.  If money is just a medium of exchange, then governments are free to issue pieces of paper (cotton/plastic these days) with numbers printed on them and force them into circulation via legal tender laws.  This they have done – in every country in the world.

A good is properly defined ‘an exchangeable, quantifiable value’.  How is it quantified?  By being measured.  What does the measuring?  The same as does the measuring in any science: the most stable value available in the pertinent genre.  As a litre/pint measures liquid volume, a metre/yard measures distance and the speed of light measures time, so Gold measures value.

Because the Stock-to-Flow ratio gives Gold the most stable value available, it performs the role of measuring value in the marketplace.  Today, we appear to measure the value of goods using paper money, but the value of paper money is, and always has been, set by Gold.  You just have to turn the conventional dollar ‘price of Gold’ chart upside down and back-to-front.  Then you will see (through the paper) the (dwindling) value of the dollar.  Paper money is the de facto measure, but Gold remains the de jure measure.

To return to the definition of a good (an exchangeable, quantifiable value), if money is doing the measuring, then it cannot also be the measured.  Therefore money cannot be a good.  To claim that money is a good, denies its role as the measure of value.

But not only is Gold (in monetary form) not a good, it is also not very marketable.  Even under the Gold standard, it was very difficult to buy or sell day-to-day items using Gold, because the value of the goods rarely approached anywhere near that of the measure.  Popping down to the shop to buy a loaf of bread with an ounce of money was going to give the shopkeeper a problem.  He could use the Gold to measure the value, but he did not have sufficient change in his till to accept it as the medium of exchange.

That is why silver was commonly used as money’s surrogate.  Silver’s value was not stable, but it was more stable than anything except Gold.  And that value was small enough (and still fungible, durable and divisible) to be useful in the everyday marketplace.

The most marketable good is not Gold; it is silver.

That is why people preferred Gold.  Once they had accumulated enough surplus silver or cows, they swapped it for Gold.  Only then was their excess wealth secure.  In that manner, did the world’s first real accumulations of wealth begin.  Those accumulations of wealth, beginning in Ancient Egypt, are the bedrock of today’s high-tech, low cost world.

Gold’s stability of value is why governments disapprove of it and seek to replace it.  Nothing that they introduce in its stead holds its value over time.  That is perfect for those with the intent to degrade the debt notes that they offer.  And that is why they perpetrate the myth that money is just a medium of exchange.  To agree with that belief is dangerous to your financial health.

Money has a far greater stature than that of the ‘most marketable good’.